“Stay the course” is an idiomatic expression that means to persevere to the end, no matter what difficulties or obstacles stand in the way. Wikipedia attributes the popularization and modern usage of the phrase to former United States Presidents including Ronald Reagan who all used the phrase as a rallying slogan at various points during their terms in office.

Business leaders are charged with the responsibility to constantly monitor the changing business environment and chart the course with corrections necessary to keep their organizations stable and growing. This requires evaluating the business landscape to understand the changes currently taking place and assessing how these changes affect business conditions in the present and going forward.

Never has there been a more challenging period than now as businesses throughout the country and the world are confronted with the difficult and critical shifts brought on by the COVID-19 pandemic. Never has the expression “stay the course” taken on a more significant meaning to owners and leaders of mid-sized businesses who have decided to stay put and brave the odds.

DN Van Lines is an example of a mid-sized business that did just that: stay the course. 2020 saw DN Van Lines, a company that provides moving and storage services to consumer, corporate and government clients, faced with enormous challenges, one after the other. Military moves which are an important part of its business mix simply stopped when the Department of Defense issued stop movement orders that effectively halted the normal Permanent Change of Station movement of service members domestically and abroad. Corporate clients also halted transfer of their staff. Even in the private consumer move market the overwhelming effect was great confusion and uncertainty as customers struggled to interpret conflicting guidance from governmental agencies.

Oded Carmi, President of DN Van Lines, saw companies around him react with layoffs, furloughs, salary reductions, and other cost-cutting measures as well as a general cancellation of planned business investments. As a business owner who understands that his staff’s livelihood rests on their employment at DN Van Lines, Mr. Carmi did not see lay-offs or salary reductions as options. What he did instead was look for other possibilities, but not before deciding firmly that staying the course would be the main strategy.

It’s a lesson that Mr. Carmi learned the hard way in his experience of the 2008 recession. Mr. Carmi, along with many investors, panicked and exited the market at its lowest point as more experienced investors held out. While the ensuing market gyrations tested the resolve of even the savviest investor, the decision of those who stayed the course paid off as the market not only returned but went on to set new record highs.
“When I recollect about the recession, I get reminded of one of George Bush’s memorable gaffes, “There’s an old saying in Tennessee — I know it’s in Texas, probably in Tennessee — that says, fool me once, shame on — shame on you. Fool me — you can’t get fooled again.” Seriously though, it’s impossible to botch the meaning of that classic aphorism. No way was I going to be fooled again a second time. In fact, I have never been more determined to keep going than during this pandemic.”, Mr. Carmi quipped.

In the most challenging business environment, it has ever found itself in, DN Van Lines chose to stand with its people and protect their employment status. It chose to believe in its staff’s capability to adapt to the COVID-19-dictated new normal. It chose to hang on to the faith that even during a pandemic, there was opportunity to be found. And that when the end of the pandemic finally comes, DN Van Lines, armed with dedicated professional staff, will be ready for the expected surge in consumer demand. 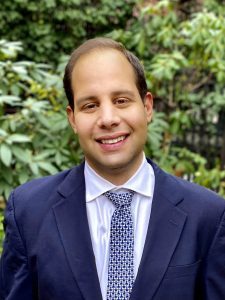 “I put my faith in the talented people of my organization to find ways to survive and maybe even thrive. Instead of closing down our offices and going home, we rolled up our sleeves and went to work. We found opportunity to pick up business from other industry competitors that had shuttered their doors or reduced their operating capacity. We formed new relationships with business partners that had an increased demand for our services due to the pandemic such as educational institutions and hospitals.”, Mr. Carmi said.

How is DN Van Lines faring now, you might ask.

The answer is: not bad at all. Almost a year into the pandemic, recent developments with COVID-19 vaccines indicate that a market resurgence may take place soon. Meanwhile, consumer demand for local and long-distance moving services in the last 10 months has exceeded expectations. In late June of 2020, the Department of Defense lifted its stop movement order. Most importantly the organization has adapted and shifted its focus to serving new market sectors more than making up for shortfalls in other business lines for DN Van Lines.

“It’s been an arduous challenge but with our loyal staff who adapted, displayed great patience and kept their sense of humor, we managed not only to stay afloat but do better in other aspects of the business.”, Mr. Carmi proudly shares. “Moving is hard enough given the regular challenges that we face but add the social distancing, hygienic protocols and even something seemingly simple like using face coverings, it just became so much harder. What this experience has given me is a new level of respect and admiration for our front-line moving staff.”

As First Vice President of the Massachusetts Movers Association, Mr. Carmi recently wrote an appeal to the State’s governor asking for consideration to have moving staff deemed as essential workers and prioritize them for COVID-19 vaccinations. “The nature of our work requires us to be in close contact daily with customers in homes, businesses and medical facilities. Our work is essential, and I believe the governor will give our request serious consideration.”
Mr. Carmi need not look far for affirmation that he made the right decision. 2021 has started off with continued strong demand for moving. Staying the course, a lesson learned the hard way, proved to be the right decision.