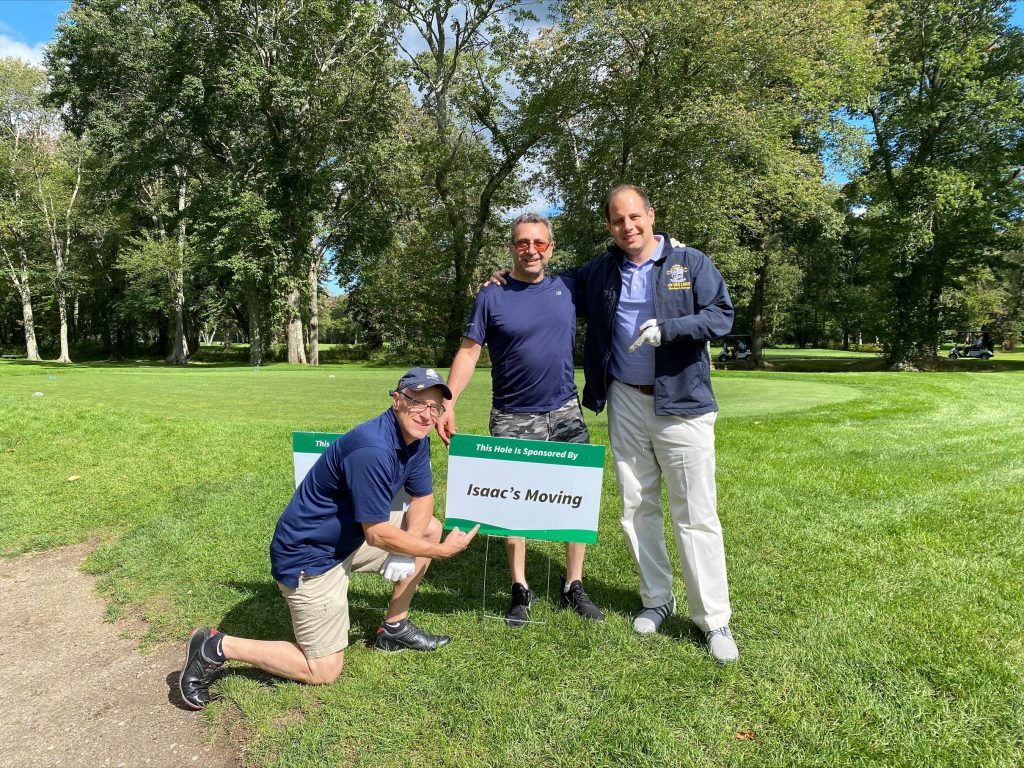 One of my favorite events on the Massachusetts Movers Association calendar is the Annual Daniel W. Dunn Memorial Golf Tournament. This year it was held on Wednesday September 29th at the Brookmeadow Country Club in Canton, MA. And let me tell you, the event did not disappoint.

It was a classic New England fall day with temperatures reaching into the high sixties. The sun was out and my hired guns were out. To try and bring 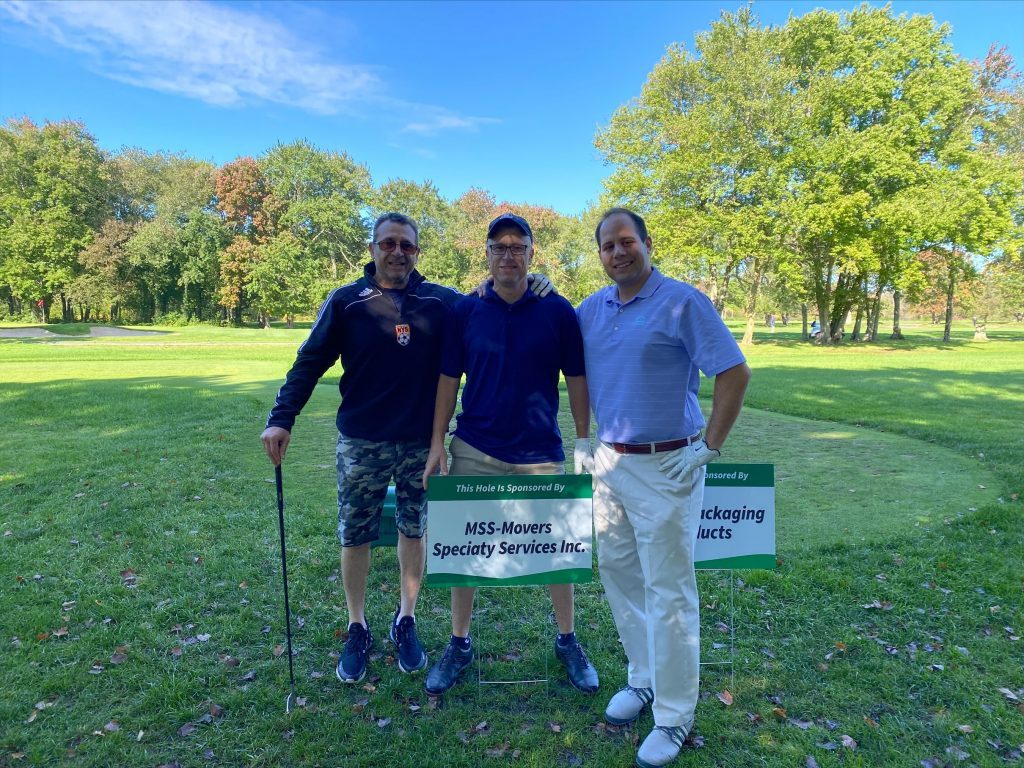 the tournament title home, I brought in some outside help for the DN Van Lines foursome. These ringers included Dan White from Vault Advertising, and Brian Schaeffer from MSS who flew in from PA to attend the event. Rounding out the foursome was my good friend, Ami Joseph from Isaac’s Moving & Storage. Ami’s game is on par with mine, which is unfortunately not a complement. It meant that Dan and Brian had their work cut out for them in the tournament’s scramble format.

We all arrived on site at 8:30 AM and the fun began. It was great to see some of MMA’s long time members like Allen Necchi from Victory Packaging and Ken Delude from Bert Hill Movers. After shaking some hands and catching up, we were in our carts and off for the 9:00 AM shotgun start.

The first nine holes went by quickly. Dan and Brian were swinging the clubs well as expected, while Ami and I were hacking away trying to make a contribution here and there. It was really nice to see high level of sponsorship at the events with each hole having several sponsors.

The highlight of the day occurred on the back nine when Brian hit a ball within feet of the pin on the “closest to the pin” hole. He ended up winning the prize for that competition besting the next closest competitor by about 10 feet. We finished strong coming in 3 under par for the course. We thought it may have been good enough to place, if not win. 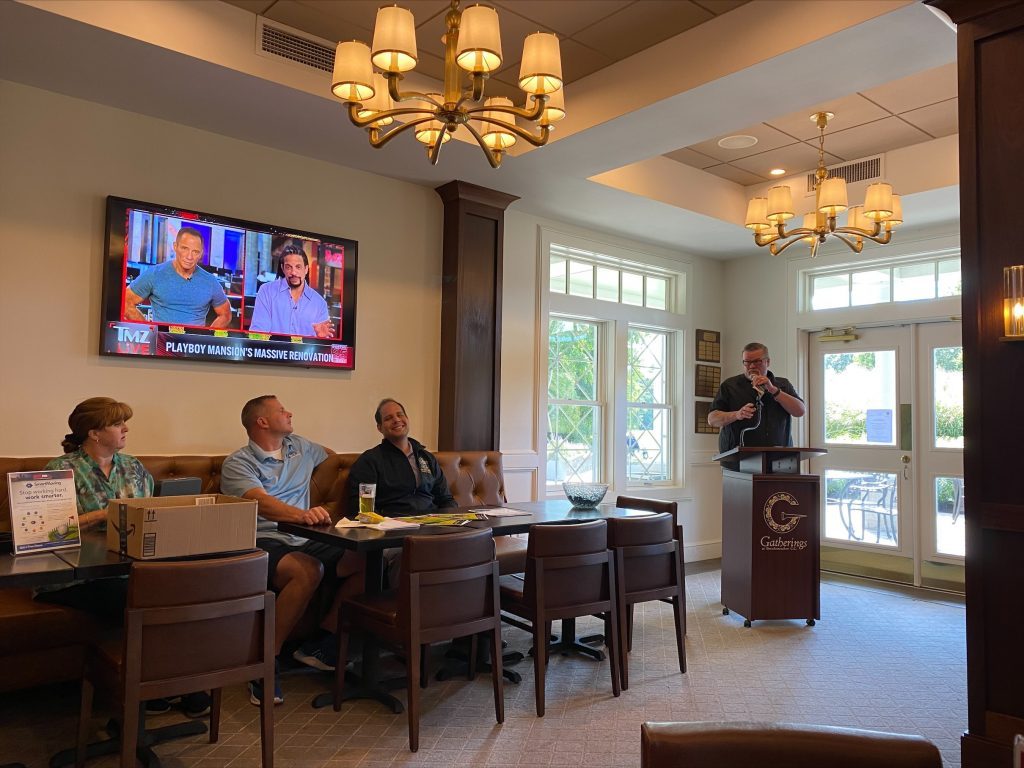 After everyone was off the course, we gathered in the clubhouse for lunch. Don Knap, MMA’s Executive Director, really stepped it up a notch this year with a buffet of roasted chicken and sausages instead of the usual hot dogs and hamburgers. Even those who didn’t golf like former MMA president Mike Bavuso with Big Foot Movers stopped in for that. Again, the level of sponsorship was stellar with half a dozen companies sponsoring lunch, including my own, DN Van Lines.

After lunch we broke out into the putting contest. A staple of the tournament that was missing from this year’s event due to health concerns was “Captain” Jack Donegan from Larkin Movers. Jack would always run the contest with a quip and scowl. News is that Jack is on the mend and I hope to see him back at it next year! The first round had about 30 people with two opportunities to get the ball closest to the whole. Let’s just say I didn’t make it past the first round. Top 3 competitors made it to the 2nd round, with Kyle Nutting from Bert Hill Movers taking home the prize.

The event continued with MMA’s President “Big” Bill Osborne addressing the association and announcing the tournament winners. My hopes and dreams were shattered when Bill announced that Victory Packaging had won the tournament with Tobin & Sons and Spry moving coming in 2nd and 3rd.  Allen Rohlfing from Brookline Transportation won a nice chunk of change in the 50/50 raffle.

And just like that the 18th Annual Daniel W. Dunn Memorial Golf Tournament was over. While I’ll have to wait another year to try to take home the championship, it was a great time and a fantastic opportunity to re-connect with industry friends, suppliers, and partners. A lot of money was raised to ensure that the MMA continues strong for another year and for the aptly named Daniel W. Dunn Memorial Scholarship fund. By all accounts it was a very successful event.

If you would like to participate in or sponsor next year’s Daniel W. Dunn Memorial Golf Tournament, call Don Knapp (508) 631-1690 or send an email to info@massmovers.org.

We can help you with professional packing services, local, long-distance and international moving services in New England,  Florida, and Virginia.  In addition, we also offer short and long term storage and commercial/office moving services.